After graduation from law school, Mike Daley became an Assistant State's Attorney for Cook County, Illinois. Mr. Daley joined Nisen & Elliott in 1983 as an Associate and became a Partner in 1986. Mr. Daley is a Lecturer of Law in Trial Practice at Loyola University School of Law, a lecturer at the National Institute for Trial Advocacy and is a frequent lecturer at local and national continuing legal education programs. In 1995 Mr. Daley received the Robert Bellarmine Award from Loyola University School of Law. 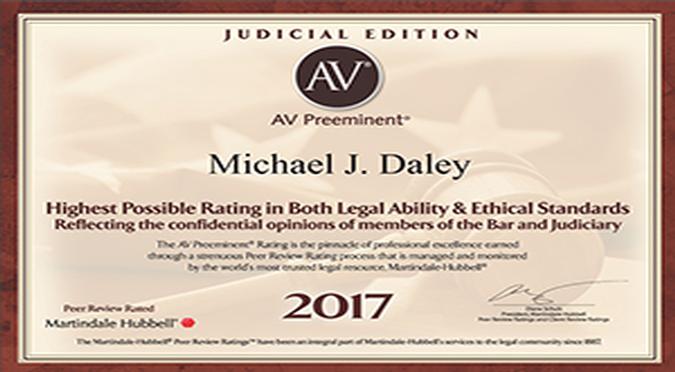